Maureen Kennedy Salaman (1936–2006) was active in the health marketplace for about 30 years. I met her in May 1977 at the FDA hearing in Kansas City on the quack cancer treatment, Laetrile, where she took a leading role in organizing and presenting the view that Laetrile use should be legal. At that time, she was married to Frank Salaman and served as vice-president of the Committee for Freedom of Choice in Cancer Therapy (later renamed the Committee for Freedom of Choice in Medicine). That same year, Frank and several others were convicted of conspiring to smuggle Laetrile. In 1982, Maureen became president of the National Health Federation, a position that she held until her death (except for about two years). 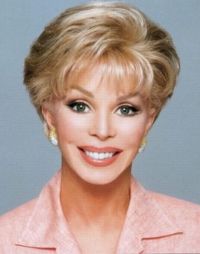 Both organizations promote what they call “health freedom” in which sellers would be free to sell anything they please as long as someone wants it. Not surprisingly, many leaders of both groups have been prosecuted criminally or civilly for health-related frauds [1,2]. In 1984, Maureen ran for vice president of the United States on the Populist Party ticket. In October 2005, San Francisco Magazine published an unflattering article about her life, focusing mainly on her contentiousness [3]. The picture to the right shows how she looked in her 30s, when she was strikingly attractive.

The Maureen K. Salaman, Inc. Web site referred to her as “The First Lady of Nutrition” and stated:

Maureen Kennedy Salaman’s life-enhancing messages encompass her unique combination of talents and capabilities that have impacted the billions of readers of her books, articles, tapes, television viewers, and live audiences around the world. Maureen’s accomplishments could literally fill volumes. For over a quarter of a century, she has dedicated herself to one goal: Empowering people with the information necessary to maximize their personal health and well being. . . .

She delivers her health and motivational messages to approximately 20 million people monthly throughout the U.S., via live interactive television, as well as the world via satellite. She has shared the wit, wisdom, and insight of her health and motivational messages at over one thousand engagements in the past two decades and in over 300 cities in America and around the world [4]

For Maureen’s 40 years of lifelong commitment, dedication, and devotion to freedom of medical choice, she has earned an honorary doctorate from Oral Roberts University in Tulsa, Oklahoma, a degree in Theology from the California School of Theology, Orange County, California, a Ph.D. from the British Guild of Drugless Practitioners, Edinburgh, Scotland, and a doctorate from the International University of Nutrition Education. Maureen continues her educational growth by working with leading institution research teams throughout the world [4].

In 1989, when questioned during a deposition, Maureen provided a different version of her education:

None of the above “credentials” reflects any legitimate training in health or nutrition. Donsbach University and International University of Nutrition Education were nonaccredited correspondence schools that did not teach science-based nutrition. During the 1989 deposition, she said that she “never used any of the degrees” because they were not accredited. However, in recent years, she has used them in promoting her books. I have seen no evidence that she contributed to medical science by working with the unspecified “research teams.”I suspect that her attitudes toward health, disease, and health care were shaped during her childhood. Her book The Diet Bible states that during her childhood, her mother prepared meals “according to the gospels of Gayelord Hauser, Adelle Davis, and Carleton Fredericks” and that “vitamin and mineral containers seemed to occupy acres of kitchen counter space.” [6]

I don’t doubt that Maureen Salaman was dedicated. It was clear when we met that she was by a crusader by nature. Unfortunately, her crusades were directed against public health measures (fluoridation and immunization) and science-based medical treatment. Her books—most self-published—contain hundreds of unsubstantiated suggestions for using foods, dietary supplements, and herbs for a wide range of diseases and conditions. The first edition of her Nutrition: The Cancer Answer was promoted with the claim that it would “rid you of the fear of ever contracting cancer in your lifetime.” Her book Foods That Heal [7] was advertised as “the first major book that offers world-wide research on foods that have been shown to prevent or reverse more than 100 common ailments.” Her 1200-page book, All Your Health Questions Answered Naturally II [8], gives advice about more than 150 health problems. In Nutrition: The Cancer Answer II, she states: “Conventional cancer treatments . . . . work to mutilate, burn and poison the host in order to destroy the cancer parasite.” [9] Curiously, as she got older, the jackets of her books depicted her as much younger. The above photograph was used for the 2004 edition of Nutrition: The Cancer Answer II when she was 68 years old.

Given Maureen’s antagonism to scientific medicine, it would be interesting to know whether she sought appropriate medical care and, if not, whether lack of appropriate of care was a factor in her death. A tribute to her in NHF’s Health Freedom News—which referred to her as “the First Lady of Nutrition”— said that in August 2005 she went to a local hospital for treatment of severe abdominal pain and was subsequently diagnosed with pancreatic cancer [10]. She then underwent treatment at an “alternative clinic” and another facility that the article did not name. Because pancreatic cancer has a poor prognosis, her treatment choices might not have affected the outcome, but the article does not contain enough information to judge.