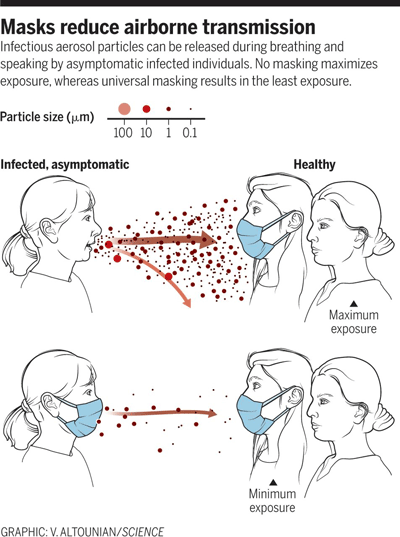 Quacks never sleep. Within days of the first moon landing, they were offering “moon dust” for arthritis. Today their wares include cards for people who live where masks are mandatory but don’t want to wear one. If you are tempted to buy one, you should know two things.

The first is that infected individuals can spread the virus before they develop symptoms. Thus, to protect others, a mask should be worn whenever you might come in close contact with other people. The picture to the right shows how masks work. If everyone who can do so would wear a mask, the spread of COVID-19 would be greatly reduced.

The second thing you should know is that  “exemption cards” said to be issued or supported by a U.S. government agency are fake. And so are the reasons for not wearing masks that many of their sellers are spreading.

Cards are circulating online and on social media that say the holder has a disability that prevents wearing a mask and that it’s illegal for any business to ask them to disclose their condition. Variations of the card include the seal of the U.S. Department of Justice (DOJ), one of the federal agencies responsible for enforcing the Americans with Disabilities Act (ADA). Such cards are neither issued nor endorsed by DOJ or any other U.S. government agency. The most widely offered cards have been offered by the “Freedom to Breathe Agency,” whose Web site also provides misinformation about masks. The first card below included the DOJ logo and a real number of the ADA Information Hotline. 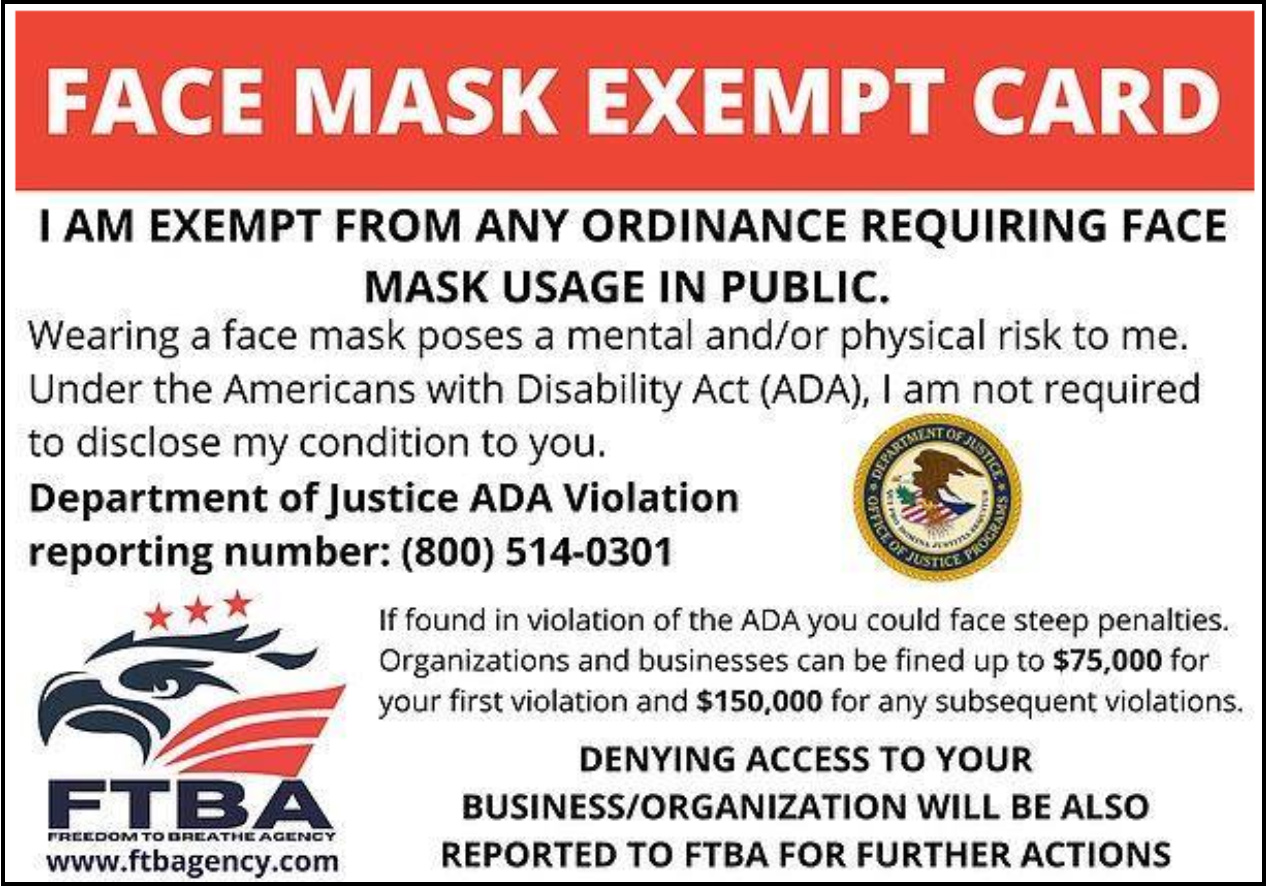 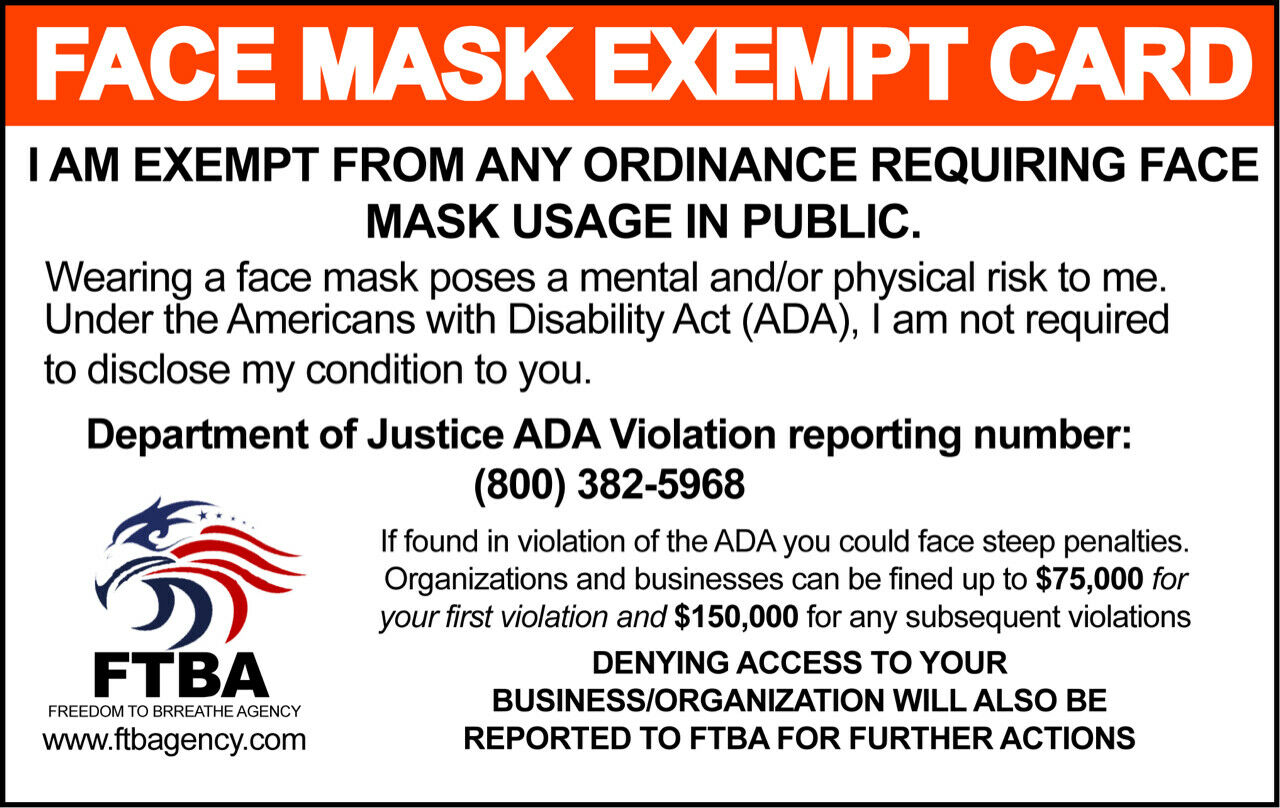 The New York Times has noted that the “Freedom to Breathe Agency” is not a government agency. Neither is the entity that operates the phone number on the second card.